Income Growth During the Latest Expansion 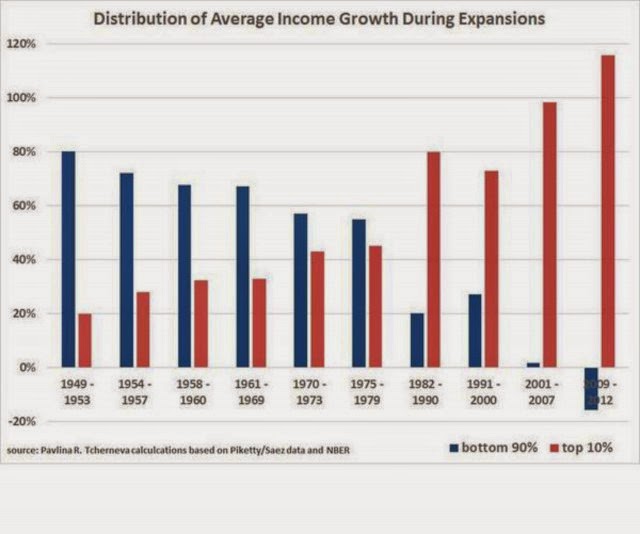 Got this graph from mashable.com: http://mashable.com/2014/09/25/this-really-depressing-graph-about-the-u-s-economy-is-turning-heads/

The article is titled “This Really Depressing Graph about the Economy is Turning Heads.”  Which it should.  I share it here with you.  The source is Pavlina Tcherneva, who is an economist at Bard College, in Annandale-on-Hudson, New York, and the Levy Economics Institute, a think tank associated with the college, using data from Piketty and Saez.  Basically it shows the wealthy’s control of the economy increasing until now the growth of their wealth and income is obtained by plundering the rest of the economy, which is to say us, the rest of the people.  The graph charts increase in income, but you better believe the rich are getting richer, at our expense, we are getting poorer.  Not much of a recovery, this latest, when it is gotten for a few by preying on the many.