This is my own version, taken from an EXCEL download of the relevant data, the graph drawn using the EXCEL graphics wizard, (since I couldn’t figure how to copy the graph itself directly to my website.)  All data includes capital gains, which for the bottom 90% isn’t much.  All data is for the United States. 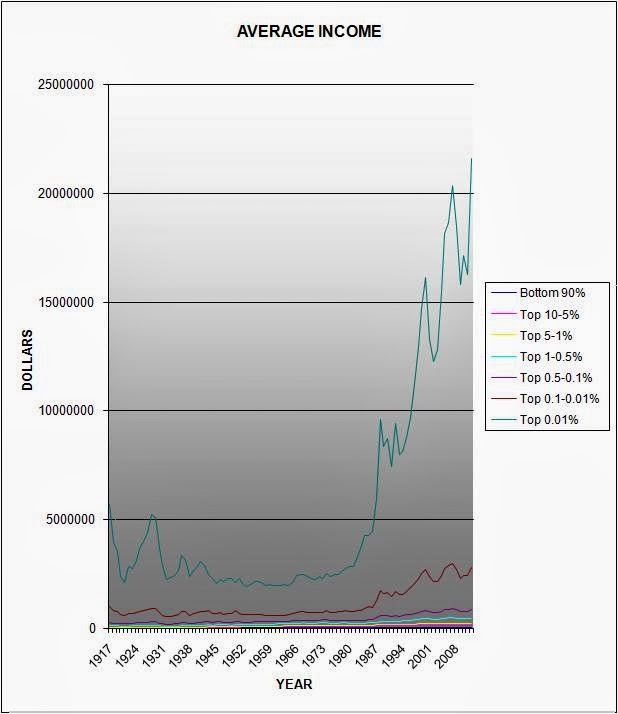 Note that the .01% are doing really well. Their average income is currently at almost $22 Million.  So well, in fact, that we have to redraw the graph with out the top two brackets get some sort of perspective: 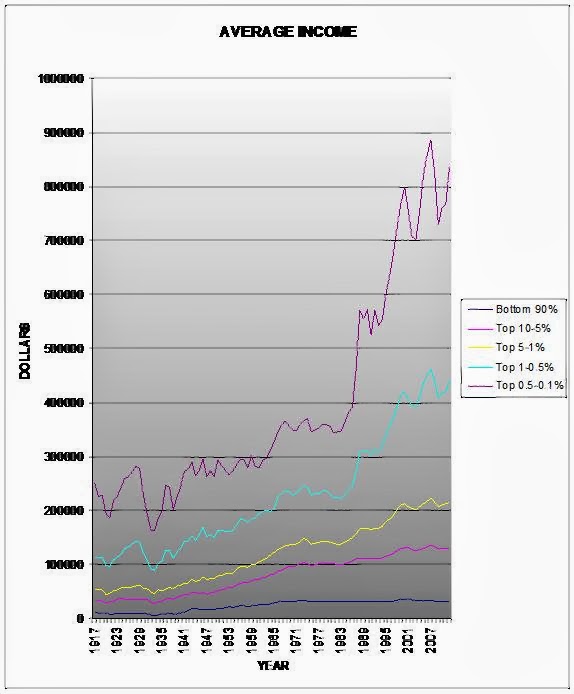 With this graph, we can see that the top 10 - 5% bracket have made some progress since oh, say 1985, say,  and the top 5 - 1% a little more.  And the other two brackets have done quite nicely, though, as Washington says, peanuts and chump change respectively compared to the .01%.  If we look at the bottom 90% however, it seems as if their glory days are in the past.  From 1941 or so to 1975 their income more than tripled.  It has remained largely static since then, however, and since the 2007 recession has declined about 15% from its peak. 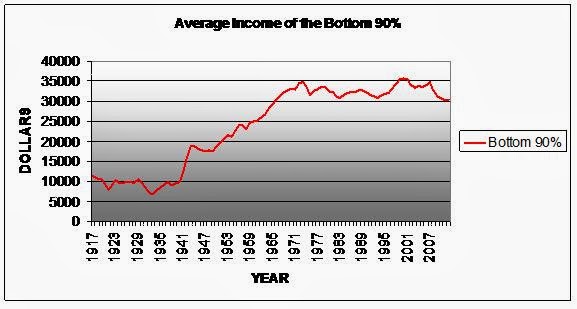 Of course, looking at the graph of the top percentages, we could say: “Hey, that’s the income of just a few.  There’s still plenty to go around for the rest of us.” 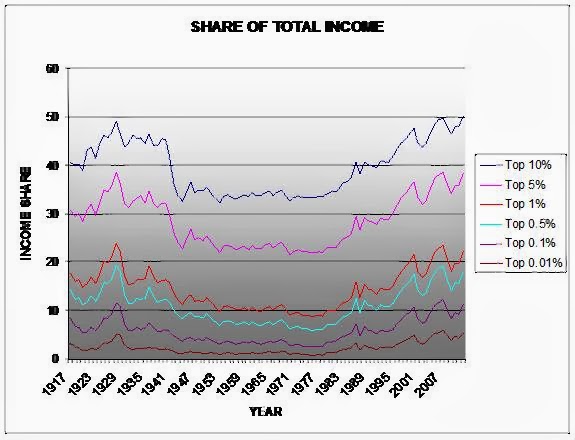 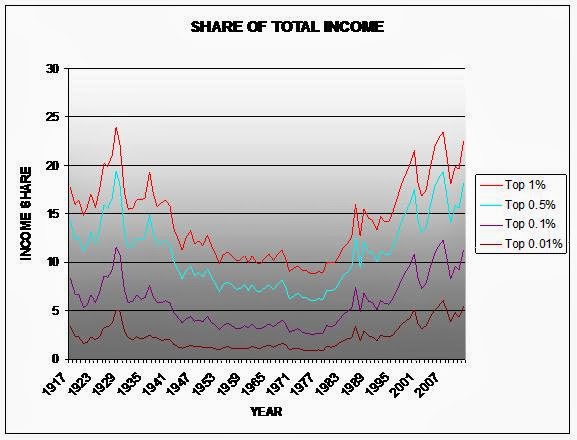 The question for the second 9% is are they doing better than they would it the top 1% had not absconded with so many of the gains.  The answer may be no, and even if it is yes, they have to realize that much of those gains were at the expense of the 90%.